When ‘new-style’ wiring was introduced in the early eighties a domestic single line telephone installation would have a master socket which is provided by the service provider (B.T., cable company etc.). This was usually an LJU2/1A or a LJU3/1A type of socket. A master socket contains a 1.8µF capacitor to pass ringing current to the telephones, a surge arrestor 11A or 26A to suppress high voltage spikes etc. and a 470k ohm resistor for testing purposes. Additional secondary sockets are wired off the master as shown above, the colour codes shown are the standard, but may differ in some existing installations. The wiring diagram for a master LJU socket is shown here. Note that the pictorial view shown above only serves to indicate the two differing types of sockets and wiring connections. Contrary to how it might seem, C1 is connected to terminals 2 & 3, not 1 & 4

In more recent years NTE5 or CTE5 Lineboxes are fitted in place of master sockets, these have a removable (lower half) panel which house the terminals to connect wiring to the secondary sockets. § Terminal pins 1 and 6 may be absent on some versions of C/NTE5, but these connections are not normally used anyway. The NTE5 tends to have the same components inside as a master LJU, however later NTE5 sockets differ by not having a surge arrestor, have only pins 2, 3, 4 & 5 or 2, 3 & 5 connected, they also have a small coil in series with the ‘bell wire’ on pin 3 which acts as a filter.

Additional Bells are wired between pin 3 (orange/white) and pin 5 (white/blue). 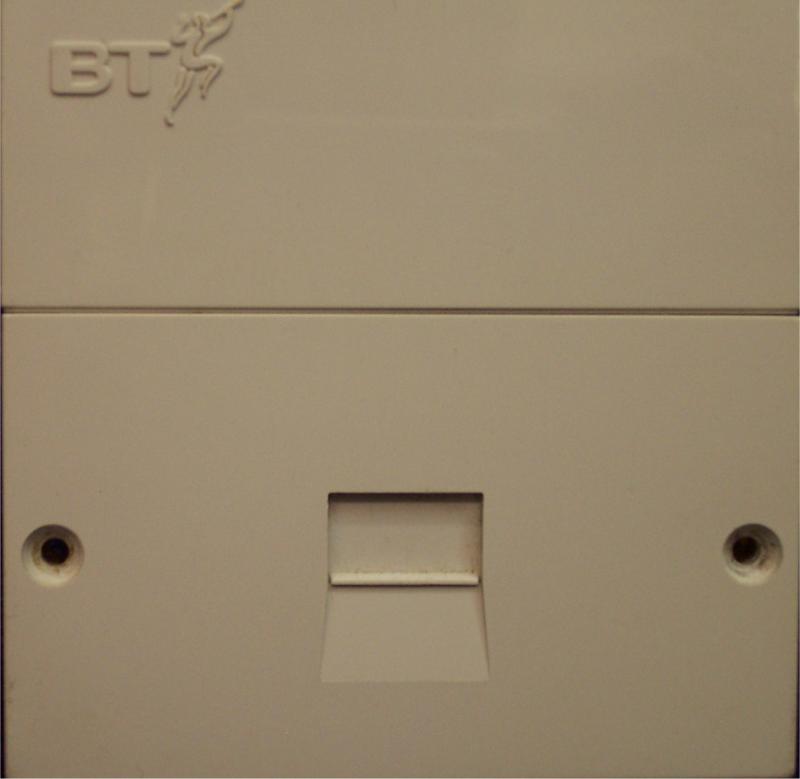 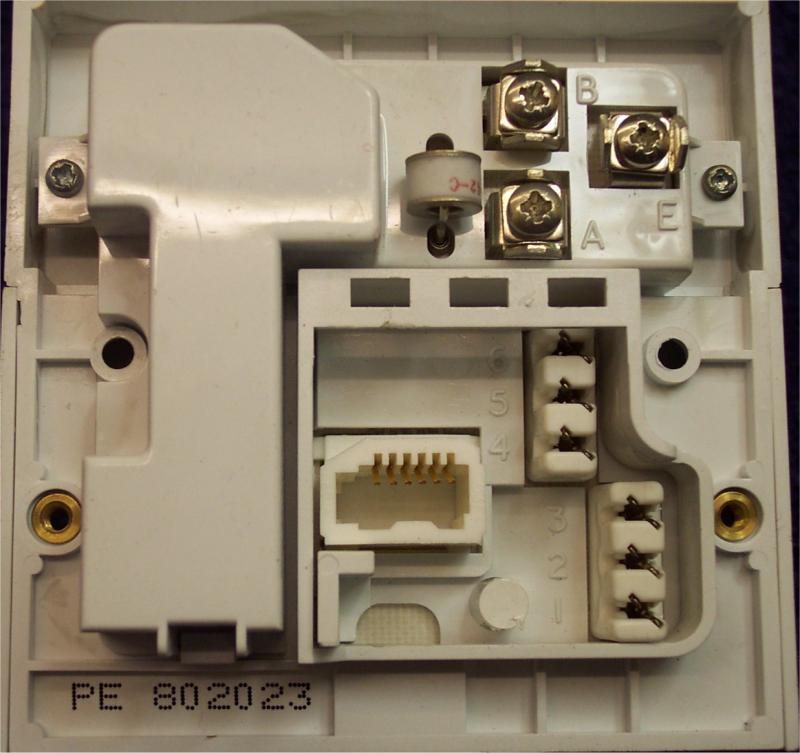 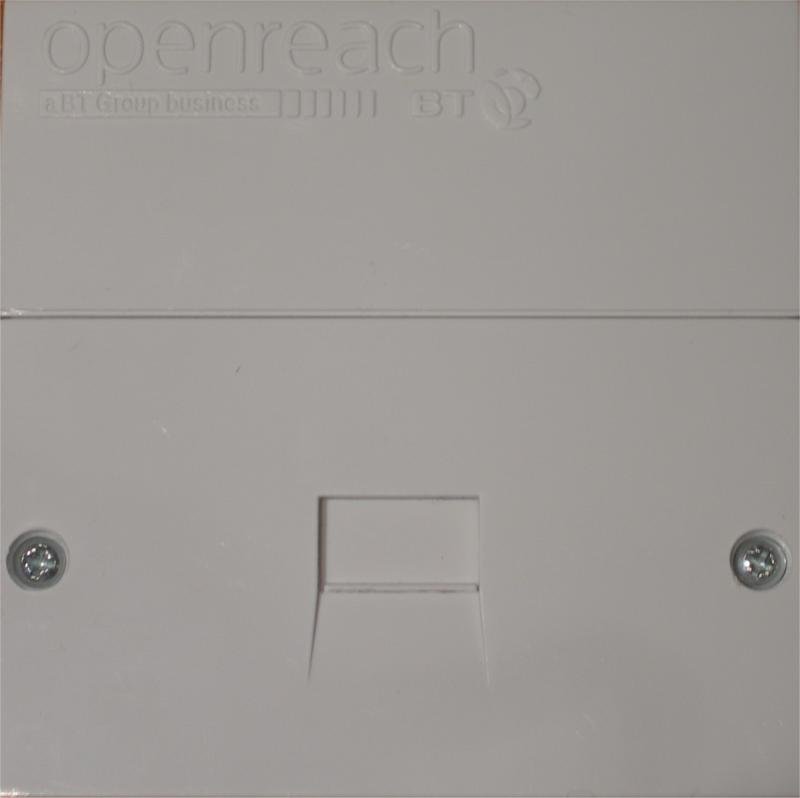 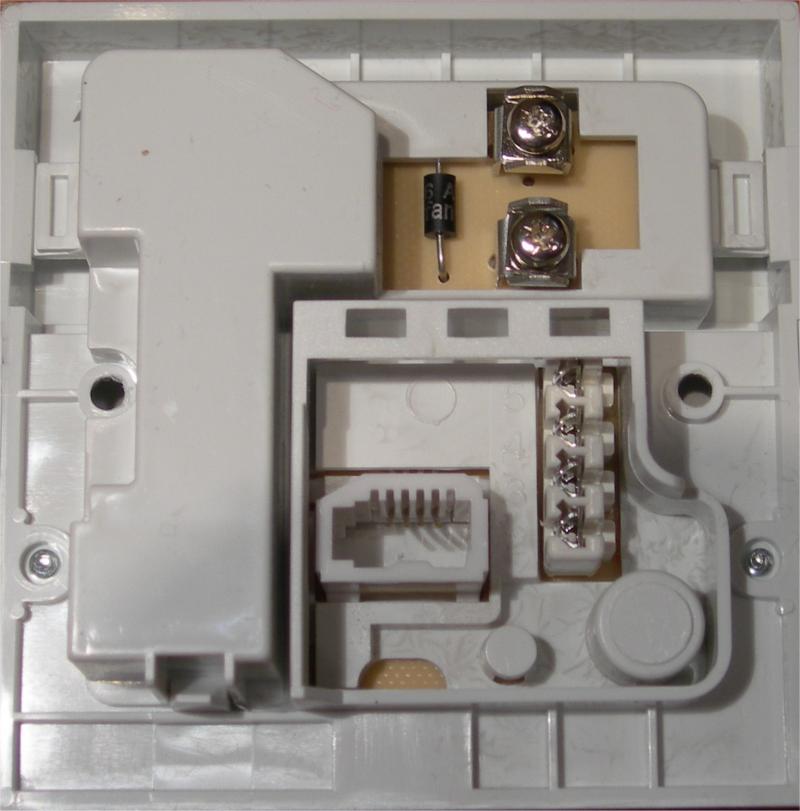 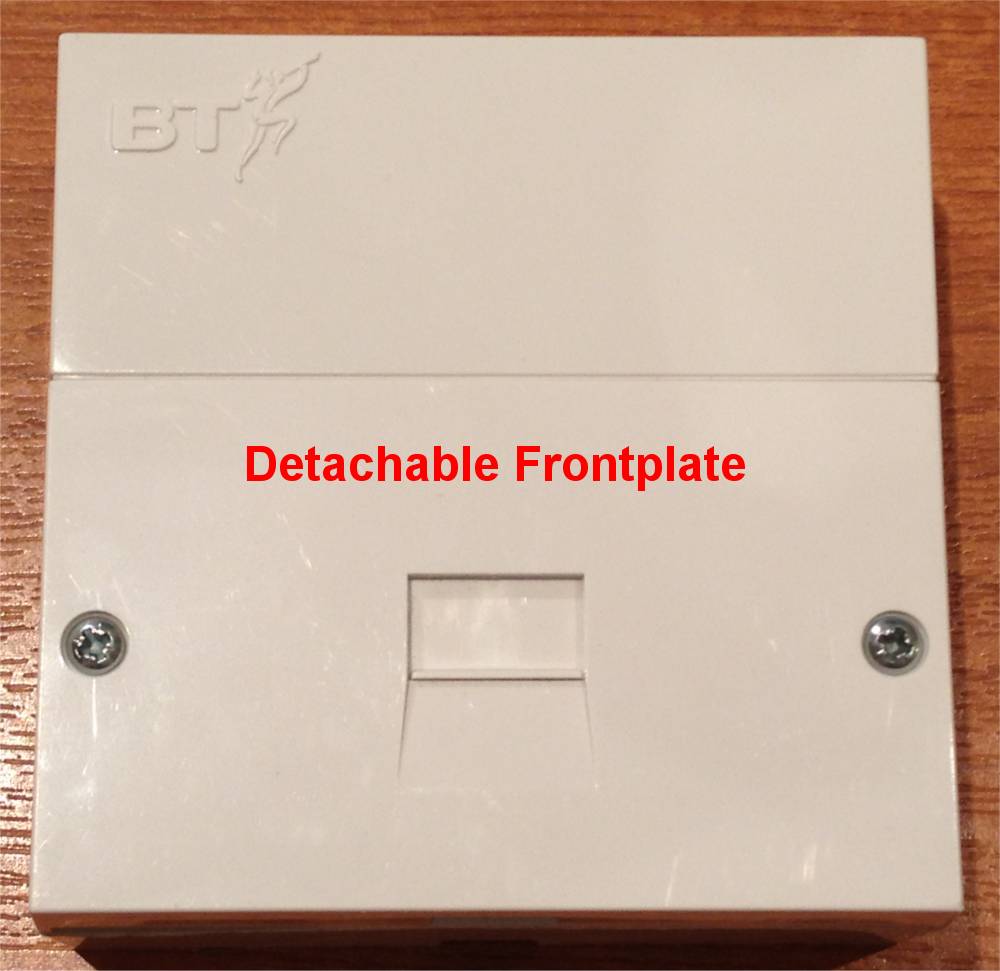 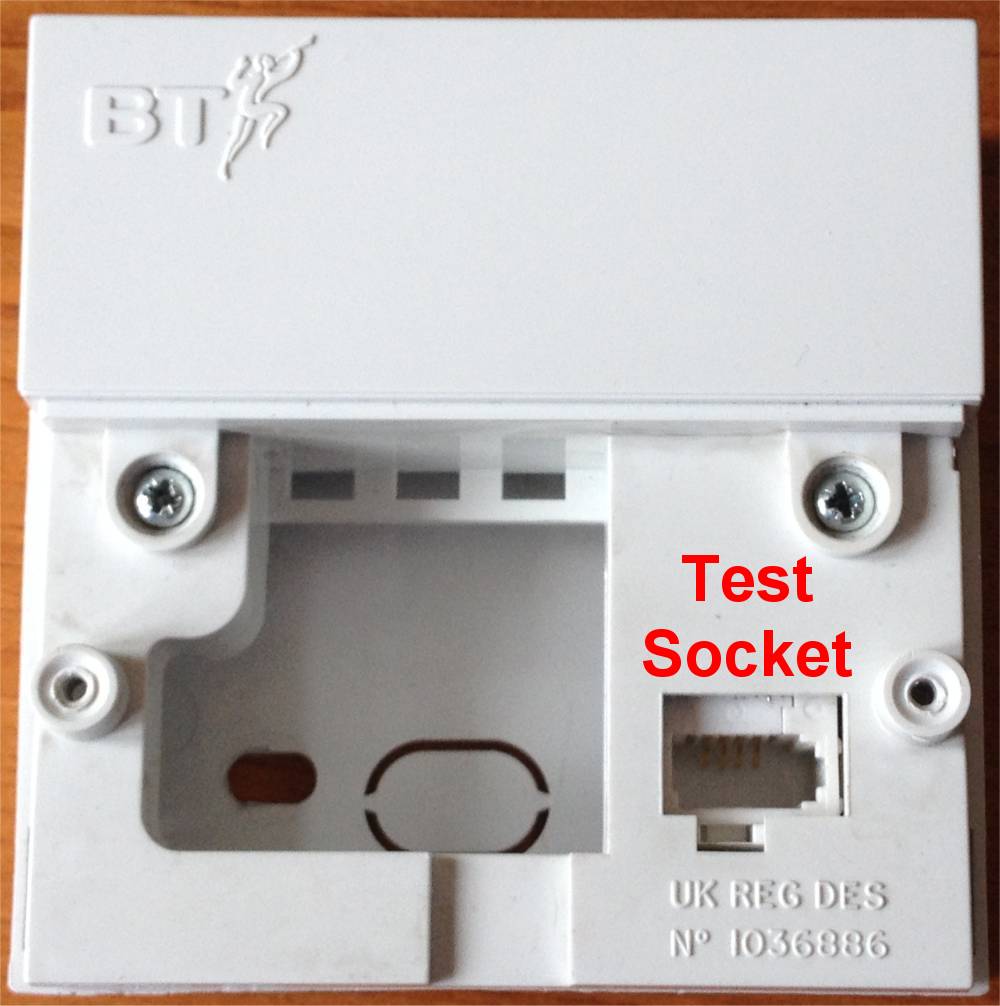 Most homes with a landline will have a master socket called an NTE5A, this socket has a concealed test socket in which you can plug in a phone to test the line.

To expose the test socket simply remove the two screws and gently pull off the front faceplate, be sure to do this gently as there may be wires connected to the back of it.

You will then see the test socket in which you can plug in a phone in order to test the line. If the line now works then it is very likely that you have a fault with your extension wiring or sockets. If the line is still dead then the likelihood is that the fault is outside your home, although it could still be a fault on your property.

The latest type of master phone socket is called an NTE5C, the same principal applies except that the front faceplate simply unclips from each side, rather than being screwed on.

Ringing but no speech (or very poor speech) and can’t dial out:

Wire broken between terminals 2 or 5

Early type of external dropwire cable were constructed of one parallel pair in a figure-8 configuration.

CW1109 Jumper wire is available in various colours, including, red/white, red/black, blue/yellow, blue/white, green/white, green/black and pink/grey. It is used for connecting MDF’s and for Krone disconnection strips.

When describing telephone wiring the colour grey is often referred to as slate. This is to avoid any confusion between green and grey as the first three letters are both the same.

We use cookies to ensure that we give you the best experience on our website. If you continue to use this site we will assume that you accept our policy.OKPrivacy Policy